Urban Sketchcrawl at The Royal Armories

Last Saturday I met up with some fellow Urban Sketchcrawlers at The Royal Armouries in Leeds for a day of sketching. 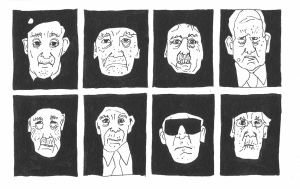 After scouting round for a little while I found a small exhibition space featuring several photographic portrait of war veterans which are part of Brian David Stevens’ “They That Are Left” series of remembrance photos.

I quickly sketched out eight of the many which were on display.

It was quite moving trying to capture the essence of those characters in so short a space of time.

So, I endeavored to tackle a single character portrait.

I choose to concentrate on mainly using vertical hatching, which I seem to using more of at the moment.

The commentary beside the photograph quoted part of Lawrence Binyon’s poem:

“They shall grow not old, as we that are left grow old. Age shall not weary them, nor the years condemn. At the going down of the sun and in the morning. We will remember them”

Brian David Stevens’ photographic project showed (Between 2002 and 2012) veterans, indeed, growing older and age wearying them. As the years condemn them.

The images are stark, black and white and the veterans are photographed as, effectively, unknown soldiers. No insignia, cap badges or ribbons.

Unknown soldiers who fought for us. 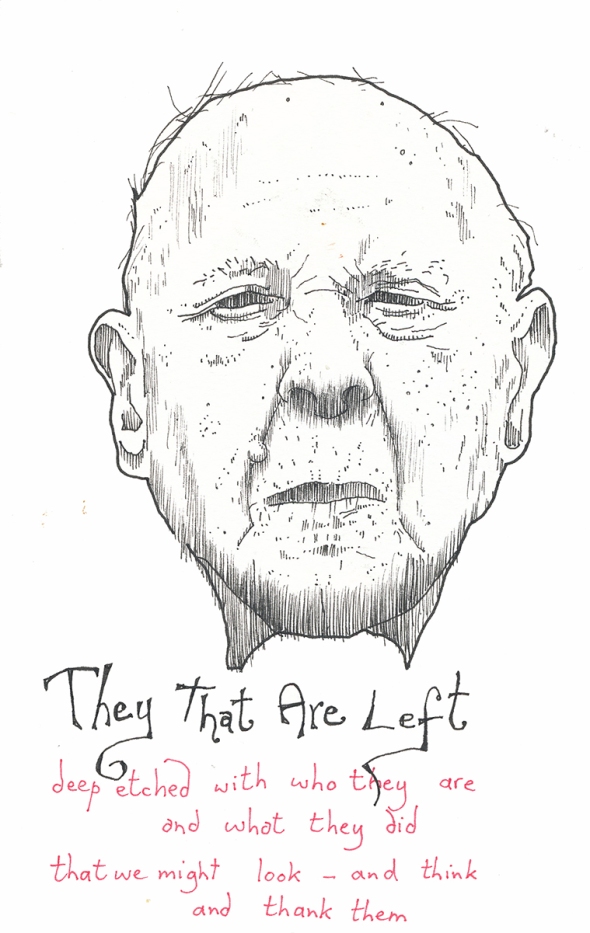