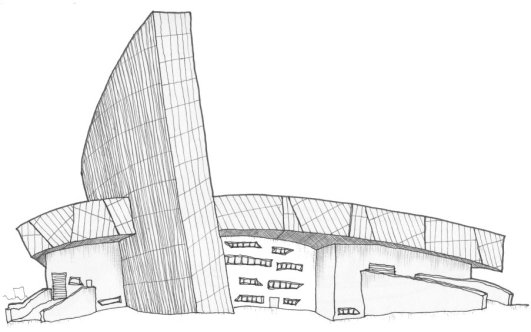 Way back into last month (Well, a couple of weekends ago) the Sketchcrawl North group visited The Imperial War Museum in Salford, Manchester.

And what a curious building it is! Designed by Daniel Libeskind to resemble three shards of a shattered world; here you can see the Earth Shard, lying down, and the Air Shard, pointing up into the..er..air!

I started with a quick sketch outside to get my bearings, but the rain (ah, the rain!) started to patter down, so I made my way inside. 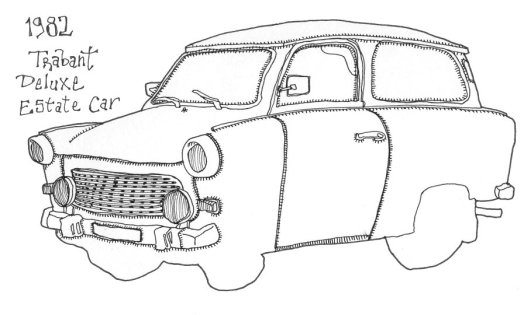 Oh, boy! Did I love this car! Sometimes as a sketchcrawler I spend more time crawling than sketching, but as soon as I saw this little Trabant I couldn’t set up my stool quick enough. Partly out of excitement at drawing this quirky little vehicle (and hey! I do like quirky), but my speed was mostly due to the hourly sound and light shows that the museum puts on. At which time the museum is plunged into darkness.

So I hunkered down in front of a display case and drew this gun and a mine as I waited for the lights to come back up. An old chap admired my Trabant drawing and excitedly told me about it’s history and the fact that it is made out of paper; which I thought at the time sounded to be a bit far-fetched!

Well, at a War Museum you just HAVE to draw a tank or a military vehicle of some kind, don’t you? I really wanted to draw a tank and this was the only one on show inside the museum. 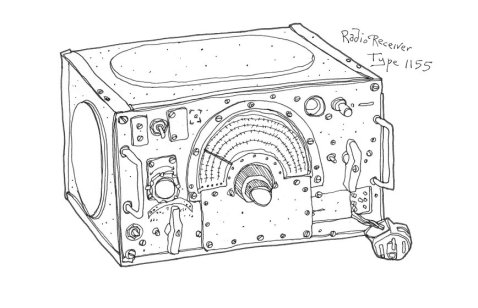 During the finally sound and light show blackout I worked in front of another display cabinet to capture this battered Radio Receiver. I liked all the knobs and dials on this device.

Then it was off to the cafe for a late-ish lunch with the rest of the group.

This was the first Sketchcrawl where I’ve had to leave early and I sure missed the end-of-the-day passing round of sketchbooks. But, I think, on the flipside knowing that I only had a short amount of time helped to focus my mind and I felt I got in a good amount of drawing in the time that I was there.

Definitely worth a re-visit.